Printed a decade after Alciati’s collection of emblems first appeared, this Parisian edition looks very similar to the first: a motto, a picture, and a brief verse. This emblem, “Against Astrologers,” warns against the hubris of trying to use the stars to predict the future, unless they fall just as Icarus did for having dared to come too close to God’s realm. 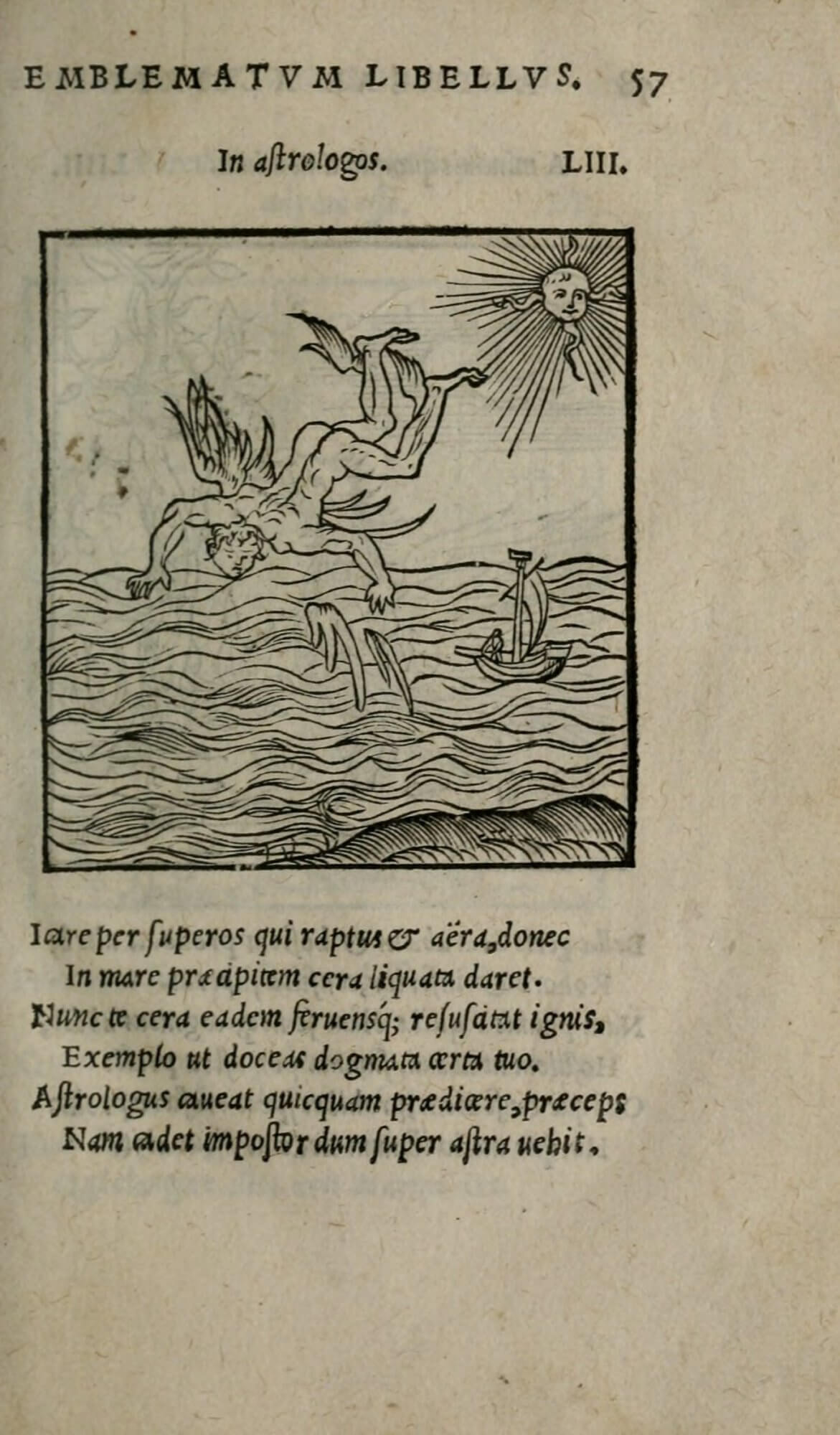