Though not credited, several Indigenous people were involved in the translation and production of the book often referred to as the Eliot Bible, including James Printer, the first Indigenous American to work in a print shop. Eliot believed the Masschuset people would be more receptive to conversion if it was presented in their own language. In this way, the Eliot Bible was a physical tool of colonialism: a way to overcome the language barrier so that Indigenous people could receive the colonizer’s values, but not vice versa. (Note that one of the fleurons in the lower right section of the headpiece is upside-down, perhaps an error made in haste.) 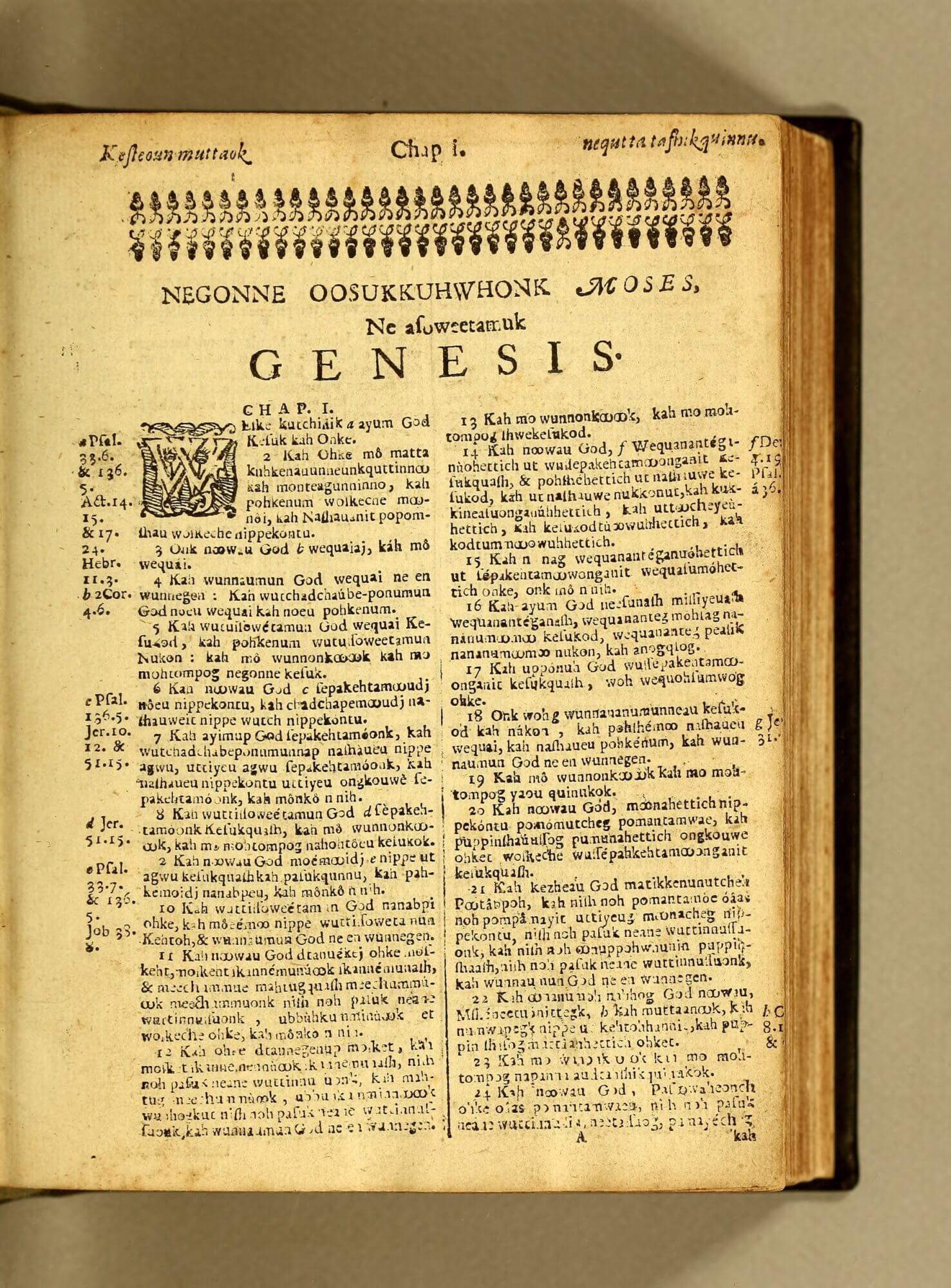