This almanac gives evidence of two things we don’t often get to see: it barely survived and it’s covered with manuscript notes from other dates. Although it’s hard to discern from just this one image, this is one side of a half of a sheet that was imposed as an octavo (the other images from this sheet can be seen here). The sheet itself was torn along what is here the left edge, probably after it was weakened by years of folding. But even then, the almanac is incomplete, ending in October since the second sheet is now missing. 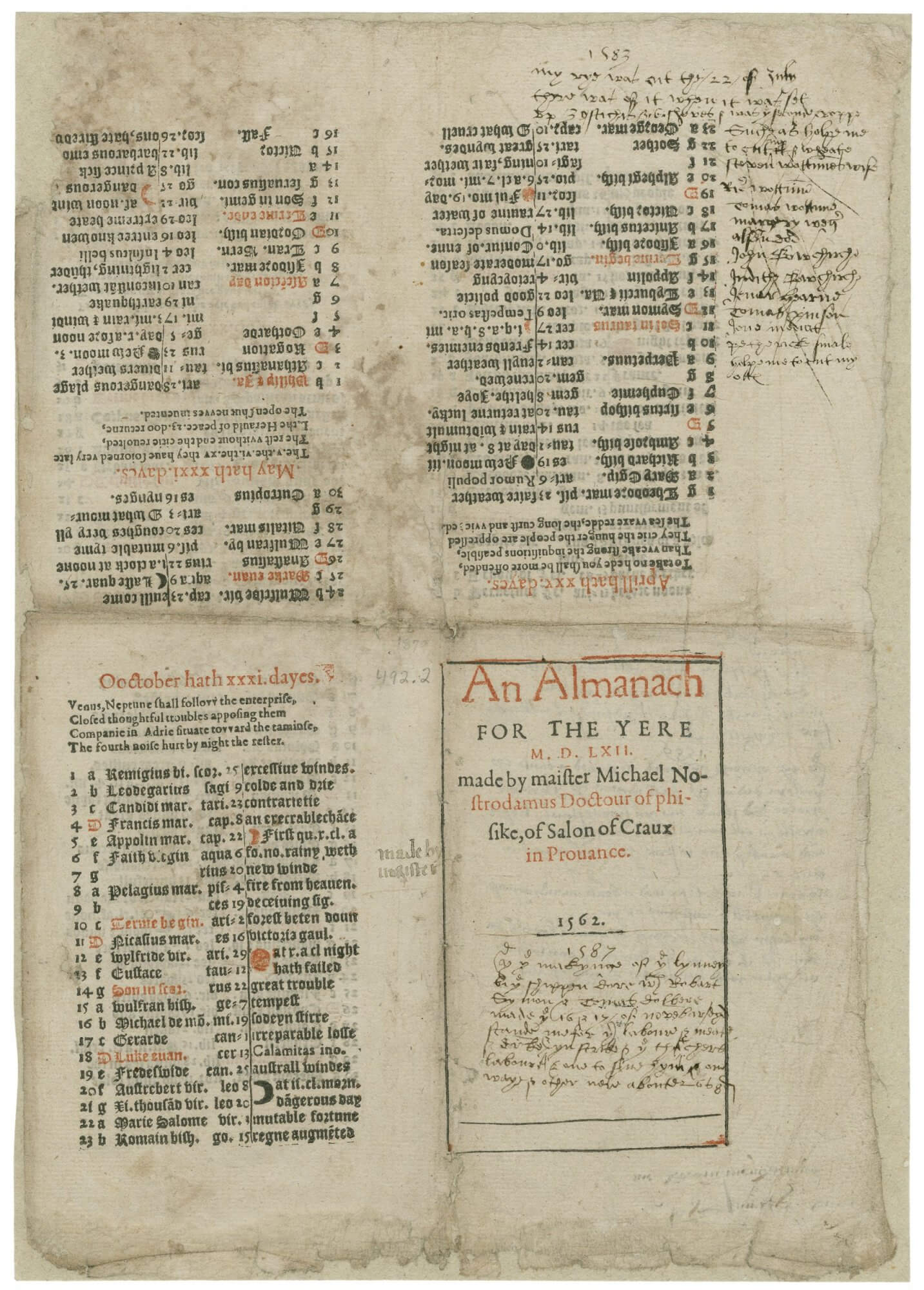 Nostrodamus, An almanach [sic] for the yere M.D.LXII. made by maister Michael Nostradamus Doctour in Phisicke, of Salon of Craux in Prouance. [London]: 1562. (fol. 1r)